The United States of Unicorns

Collectively, US unicorns are worth approximately $360B. Combined, these companies have raised just over $73B. To see the full list of US unicorns and associated data, check out the CB Insights blog.

Of the top four highest valued, only WeWork (which is based in NYC) is headquartered outside California. California has the highest unicorn “population” of any US state by far, with 62 billion-dollar startups inside its borders. New York ranks second with 15, followed by Massachusetts and Illinois with five each. Eight other states and the District of Columbia are also home to at least one company worth $1B+.

Using the CB Insights database and our real-time global unicorn tracker, we visualized the locations of every US-based unicorn in the map below. 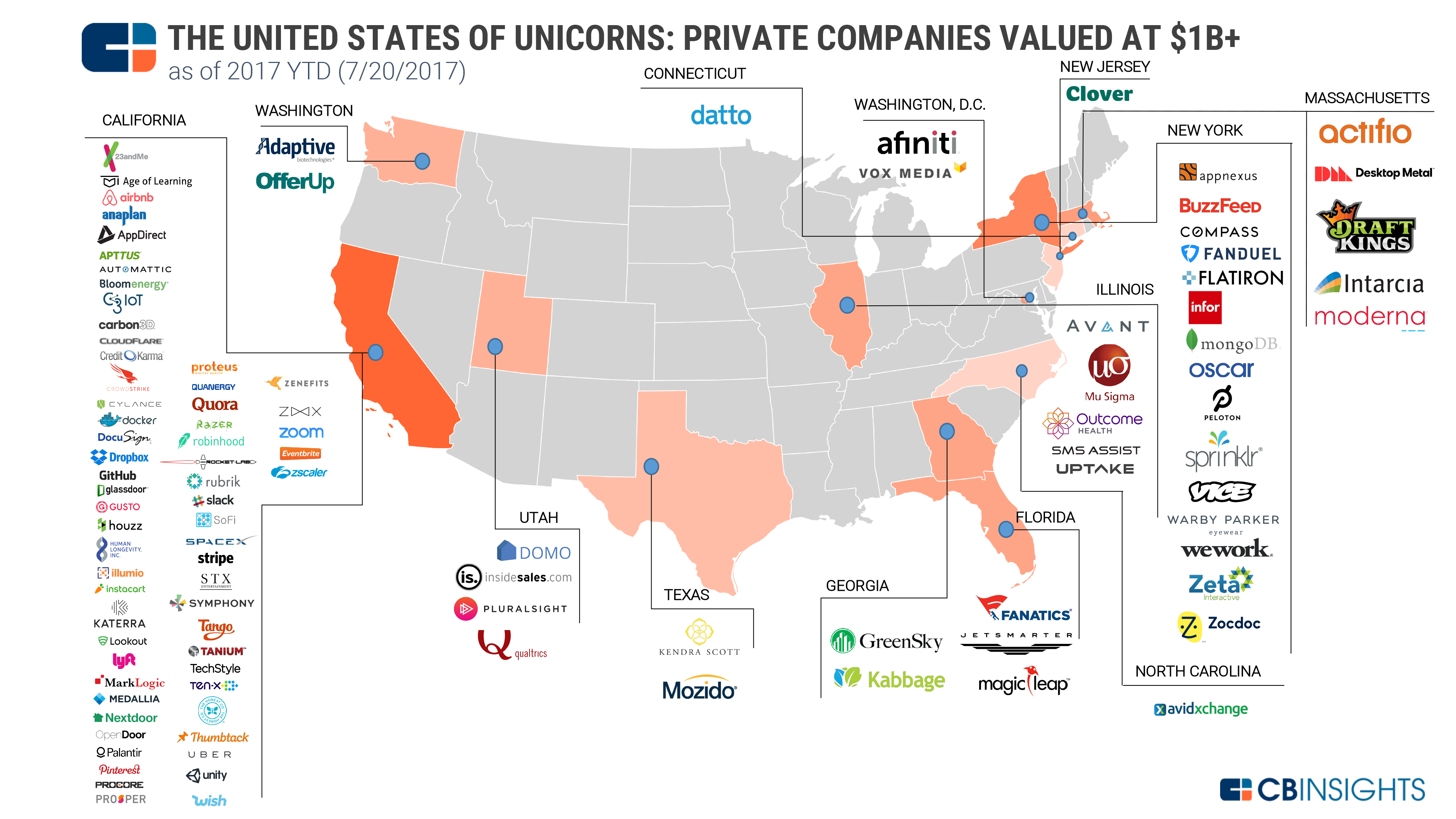 KEY INSIGHTS ABOUT THE COMPANIES IN THIS MAP:

Learn about our Unicorn Technology Fund by registering here: https://endowmentwm.com/accredited-investor-signup/