Skip to main content
Close Search
All Posts By

•US equities traded sideways most of the week, but succumbed to global growth worries on Friday to close the week in red. Emerging markets also lost ground for the week, affected by China’s economic data miss. The weaker-than-expected economic data pushed European stocks lower on Friday, but they still managed to log a small increase for the week.

•The dollar gained ground during the week, reflecting investor fears of an economic slowdown in China,and was further supported by weakness in the euro and pound.

•Commodity prices fell on concerns of weaker demand and a stronger dollar. Energy continued to face weakness on fears of oversupply and slower demand coming from China. Gold also eased as the dollar rose.

•US producer prices unexpectedly rose in November, as increases in the costs for services offset a sharp decline for energy products. The core Consumer Price Index, which excludes volatile food and energy costs, rose 0.2% from the prior month and 2.2% from a year earlier. Initial jobless claims dropped to 206,000, a decrease of 27,000 from the previous week’s revised level of 233,000.

•Domestic equities were down for the week, with small cap stocks falling the most. International equities ended the week in negative territory as well, with emerging markets stocks outperforming their developed counterparts.

•The US dollar weakened during the week, as the yield on the 10-Year Treasury Note fell to three-month lows.

•Commodities were up over all, on the back of a strong upward movement in the price of crude oil, after a surprising announcement that the Organization of the Petroleum Exporting Countries (OPEC) and its allies will cut production more than expected.

•In other economic news, the Institute of Supply Management (ISM) has released the November Non-Manufacturing Purchasing Managers’ Index (PMI), and reported a headline composite number of 60.7, up .04 since last month. This represents continued growth, and at a slightly faster rate, in the non-manufacturing sector.

Domestic equities ended mixed for the month of September, as the S&P 500 finished in positive territory, whereas small cap stocks and even several large cap sectors experienced losses. With the continued upward trend for the S&P 500 Index, September brought new record highs for the index, although small caps ended the month in negative territory, falling from record highs set at the end of August. In light of the recent high, it may be worthwhile to reflect on how far stocks have come over the past decade, as September marked the ten-year anniversary of the start of the 2008 financial crisis. It also marks ten years since Lehman Brothers, a 158-year old company, was forced to file for bankruptcy protection, the largest US bankruptcy ever. For context, during the month of September 2008, the S&P 500 Index fell roughly 9% to 1,166. Ten years later, the index has climbed to nearly 3,000. However, the recent high valuations may be giving market participants pause, as they wonder how much longer this bull market can continue, especially as the Federal Reserve (Fed) continues to tighten monetary policy.

As was widely expected in September, the Federal Open Market Committee (FOMC) voted to increase the federal funds target range on overnight rates by 25 basis points, to a range between 2.00% and 2.25%, its third rate increase of the year. The trade wars continue to escalate, with China’s State Council accusing the Trump Administration of being a trade bully, as new tariffs on $200 billion worth of Chinese goods and China’s retaliatory on $60 billion worth of US products went into effect. Negotiations between the two countries have ceased for the time being, after Beijing decided not to send a delegation to Washington.

For the month, the S&P 500 Index and the Dow Jones Industrial Average (DJIA) returned 0.6% and 2.0%, respectively. This brings the year-to-date gain for the S&P 500 to 10.6% and the DJIA return to 8.8%. However, the tech-heavy NASDAQ declined by 0.7%, bringing its year-to-date return to 17.5%. Within domestic stocks, large cap outperformed small cap equities, as the Russell 1000 Index returned 0.4% and the Russell 2000 posted a loss of 2.4%. Mid cap stocks also outperformed small caps, with the Russell Mid Cap Index losing only 0.6%. Growth stocks continued to outperform value, albeit by a much slimmer margin, as the Russell 3000 Growth Index returned 0.3% compared with a flat month for the Russell 3000 Value Index. Sector performance was mixed, with the Telecommunications sector (which now becomes the Communication Services sector) had the best results, a gain of 4.3%, followed by Health Care at 2.9%, and Energy, which gained 2.6%. On the negative side of sector performance, Financials and Materials struggled, producing returns of -2.2% and -2.1%, respectively. The Bloomberg Commodity Index generated solid performance, with a return of 1.9%.

International equities snapped back from losses in August to post slight gains in September, as the MSCI ACWI ex USA Index gained 0.5% and MSCI EAFE gained 0.9%. European Central Bank (ECB) President Mario Draghi reported that the ECB will continue with plans to phase out monetary stimulus as wages and inflation increase. Additionally, Draghi reported that households across the eurozone have experienced their highest growth of disposable income over the last ten years. Although the eurozone economy has slowed slightly over the past year, labor markets remain tight, as some countries and sectors are showing labor shortages, leading the ECB to expect a pickup in inflation. The Brexit negotiations added to uncertainties in the international markets. British Prime Minister Theresa May reported that negotiations are at an impasse, and that Britain stands ready to leave the European Union before a deal is in place. Emerging markets continued to struggle, with a loss of 0.5% (a better return than in prior months), as MSCI Emerging Markets Latin America and MSCI Emerging Markets Eastern Europe added to results. On a year-to-date basis, emerging markets are down 7.7%. Regionally, Japan posted strong results in September, gaining 3.0%, whereas China, which declined 1.4%, continued its poor performance and brought its year-to-date return to -7.5%.

Fixed income experienced some weakness, with mostly negative returns across the asset class for the month of September. Although the Bloomberg Barclays U.S. Aggregate Bond Index fell 0.64% for the month, it had a positive return of 0.02% for the quarter, and declined 1.6% on a year-to-date basis. The yield on the 10-Year Treasury Bond increased by 21 basis points, despite a slight decrease after the Fed increased rates. Corporate high yield posted positive performance, returning 0.6% for the month, and bringing its year-to-date gain to 2.6%. Gross domestic product (GDP) increased at a 4.2% annualized rate over the second quarter, and the Fed estimates that GDP will increase to 3.1% for the full year. The employment figures in August were strong: The unemployment rate held at 3.9%, nonfarm payrolls grew by 201K, and average hourly earnings grew by 2.9%.

Global bonds trailed domestic fixed income, as the Barclays Global Aggregate ex-U.S. Index declined 1.1%, bringing its year-to-date return to -3.0%. Municipal bonds also generated negative returns, and were roughly in line with their taxable counterparts, with the Bloomberg Barclays Municipal Index returning -0.7% for the month. Within the municipal space, the shorter-term securities fared better, with the 1-3 Year Index beating the 22+ Year Index by 64 basis points. 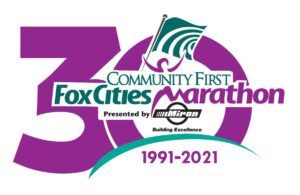